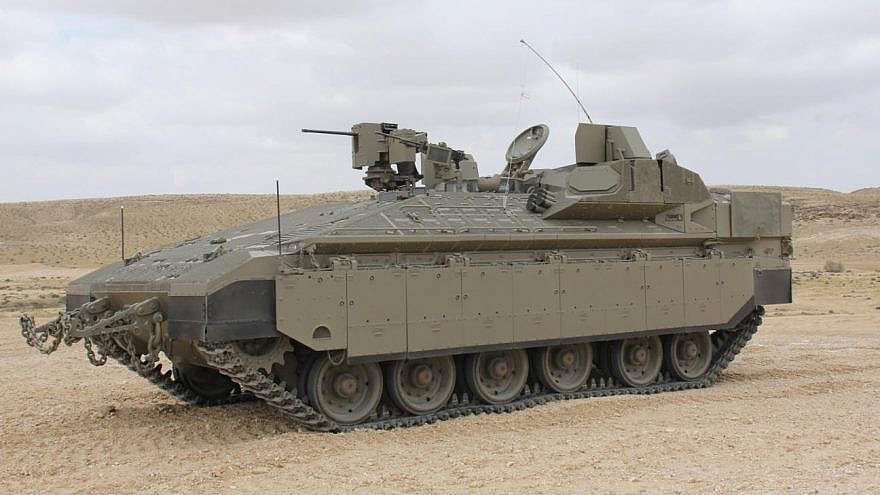 This is a new generation of Nir-Or’s combat-proven video system, and the IDF is the first customer to receive it.’

Nir-Or’s systems are designed to maximize force lethality and survivability, and its video system includes several displays. “This is a new generation of Nir-Or’s combat-proven video system, and the IDF is the first customer to receive it,” said the company in a statement.

“The company now moves to the next step, which includes the serial supply of the systems to the IDF. Later on, Nir-Or’s video systems will also be supplied for the IDF’s Eitan APC,” it added. While Namer vehicles are tracked, the Eitan armored personnel carriers are wheeled.

Nir-Or’s CEO, Brig. Gen. (ret.) Roy Riftin, said, “Nir-Or has been a trusted supplier of the IDF for many years, and we are honored to announce that we have completed the delivery of the first models of our advanced video system to the IDF’s new Namer APC. Nir-Or’s line of solutions includes multi-dimensional situational Awareness, AI-powered video systems for armored vehicles and designated military platforms that maximize force lethality and survivability.”

Nir-Or is a subsidiary of IMCO Industries, which is a defense provider, and has been involved in venerations of fighting vehicles, including the IDF’s Merkava tank and Namer APC.